It's not uncommon to skip periods, especially if you recently began having periods or are taking certain medications, such as birth control. Once you can rule out pregnancy as the cause, you should make an appointment with your gynecologist to determine if PCOS is a concern.

Polycystic ovarian syndrome (PCOS) occurs when the ovaries create cysts when they should be releasing eggs. Under normal circumstances, the lack of egg production stops prevents you from having a period, although people with PCOS may seemingly have normal periods. You may only have a few periods each year and it's common for those periods to be unusually heavy and lengthy. There are often other symptoms that occur in PCOS because of elevated androgens (male hormones). Excess androgens are often associated with increased acne and abnormal hair growth (hirsutism). There can also be differences in body composition, such as carrying more weight on the top half of your body and having broad shoulders.

PCOS is diagnosed based on hormone tests and an ultrasound of your ovaries. There are several hormone tests used, which include testing androgens, follicle-stimulating hormone (FSH), and luteinizing hormone (LH). FSH is the hormone that stimulates your ovaries to produce an egg. LH is the hormone that triggers the ovaries to release the egg. All three tests are generally elevated with POCS. In addition to blood tests, imaging tests are necessary to visualize the ovaries. This is generally done with a transvaginal ultrasound. On the ultrasound, the ovaries may be abnormally large because they are filled with cysts.

The treatment approach can be contingent upon your goals. If you are not trying to become pregnant, your doctor might recommend medications frequently used in people with diabetes. These medications can reduce insulin resistance, which is often related to PCOS. Other approaches include taking hormonal birth control with the goal of increasing your female hormones. The opposite, reducing androgens, is another option to help manage symptoms of PCOS if they are bothersome.

If you are trying to become pregnant, in addition to lifestyle changes that might help with weight loss and reduce insulin resistance, your doctor might give you medications to encourage the production of eggs. These medications also increase the risk of becoming pregnant with multiples. Since PCOS is a common cause of infertility, becoming pregnant might require extensive work with a fertility specialist. If increasing egg production is not sufficient, in vitro fertilization (IVF) or intrauterine insemination (IUI) might be necessary to conceive.

PCOS is a common gynecological and endocrine problem that often causes infertility. If missing periods is an ongoing problem and you are not pregnant, you need to discuss your concerns with your gynecologist for an evaluation.

For more information about gynecology care, contact a local clinic. 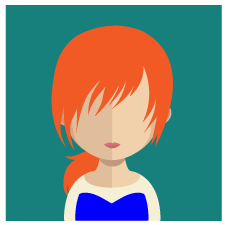 Not long after I married my amazing husband, I began experiencing heavy periods. Unfortunately, my condition worsened quickly. I became afraid to leave my home for a couple of days each month. In search of a solution to this problem, I visited my OBGYN. After thoroughly examining me, my doctor asked me numerous questions about my condition. This medical professional immediately prescribed birth control pills. My doctor also recommended I take large doses of nonsteroidal anti-inflammatory drugs during my monthly periods. Thankfully, my health issue improved after following my OBGYN’s advice. On this blog, I hope you will discover the most common treatments OBGYNs prescribe for heavy periods. Enjoy!